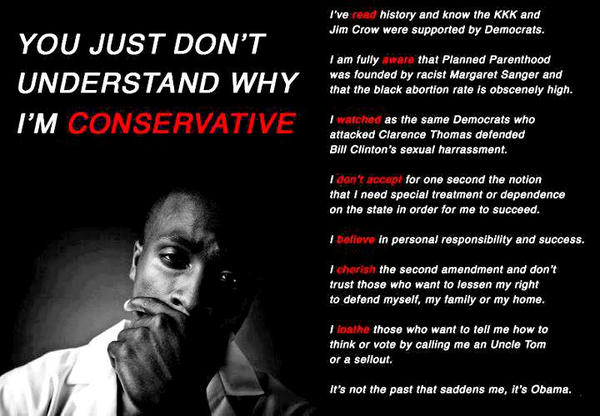 So some of my friends have criticized me for being a conservative.  They go on to site how much damage and suffering African-Americans have gone through because of conservatives or how conservatives are made up of rich, racist, old white men.  Or they complain about conservatives clinging to their guns and Bibles and having “outdated” morals and traditions.

Nothing can be further from the truth.

Most importantly, I am a conservative because I believe in morality and straying from God and the Constitution is killing us.

And that Obama is the biggest mistake America has ever made.